As an industry first, PR Nautica are proud to have successfully completed a Seakeeper 5 Retrofit  to the Princess 43. Being the smallest Flybridge model in the Princess range there had been concerns on the impact the additional weight would have on the performance of the vessel. After careful research and using our past experience we took up the challenge.

The Seakeeper 5 is designed to achieve 70 to 90% roll reduction on boats up to 20 tons, 30-50′. It requires only modest electrical power, has no outside appendages, and can be installed off centreline. Its computerized control and vacuum technology make it the first truly practical, and only modern, anti-roll gyro. The perfect choice for the 43′ Princess.

The Seakeeper 5 Retrofit was completed in less than a week, our technicians were impressed with the space available in aft end of the 43 and installed the SK5 without issues. This Princess 43 was given a full Sea Trial before and after the install so that the data could be compared. Weighing only 350kg and fitted centre aft the Seakeeper SK5 had no negative effect on the performance of the vessel. On both trials, under similar sea conditions, the same RPM and top speed were reached and a negligible difference in fuel consumption was recorded. This data is available on request. 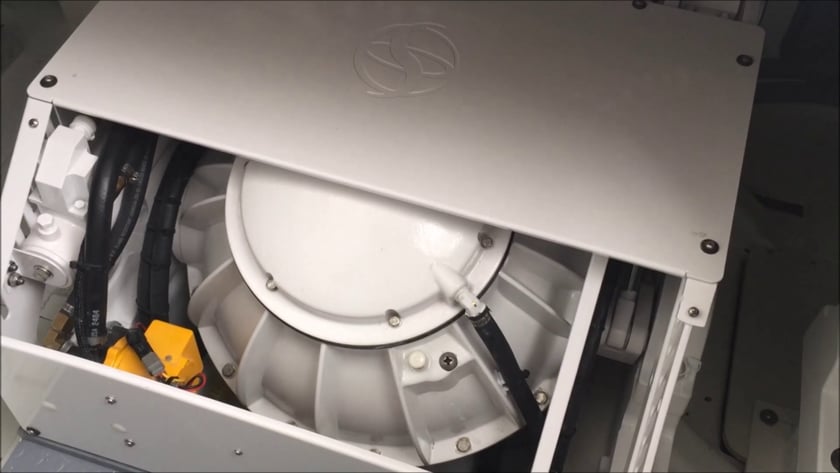 Next
Manage Cookie Consent
To provide the best experiences, we use technologies like cookies to store and/or access device information. Consenting to these technologies will allow us to process data such as browsing behaviour or unique IDs on this site. Not consenting or withdrawing consent, may adversely affect certain features and functions.
Manage options Manage services Manage vendors Read more about these purposes
View preferences
{title} {title} {title}